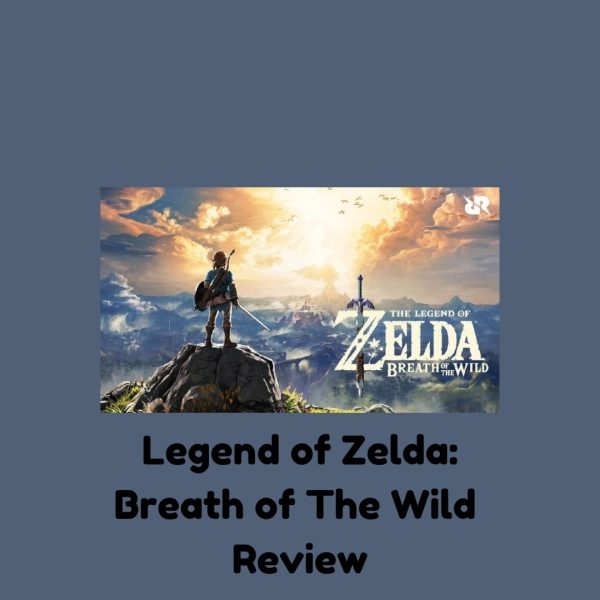 Breath of The Wild Review – The Legend of Zelda: Breath of the Wild is a game that pushes the boundaries of the acclaimed series. In this open-air adventure, you will travel across fields, through forests, and to mountain peaks to discover what has become of Hyrule’s ruined kingdom.

Explore Hyrule’s wilds however you want – Climb to the tops of towers and mountain peaks in search of new destinations, then forge your own path to get there and plunge into the wilderness. Along the way, you’ll fight towering foes, hunt wild beasts, and gather ingredients for the food and elixirs you’ll need to survive.

There are over 100 Shrines of Trials to discover and explore. Shrines dot the landscape, ready to be discovered in any order. Find them in a variety of ways and solve a variety of puzzles inside. In this article, we will discuss Breath of The Wild Review that will aid you on your journey.

Breath of The Wild Review

Breath of the Wild introduces a new element to the series that has been missing for several years: surprise. Most recent Zelda adventures have become formulaic, adhering to a rigid and proven structure that offers nostalgia and familiarity but leaves little room for big or small revelations.

Breath of the Wild is more open and natural than its predecessors, allowing you to discover things through experimentation, such as how lightning works. It’s not always as curated and cinematic as other Zelda games, but the unpredictability makes it feel more like a true adventure, where you’re discovering your own path rather than hitting your marks and following the script.

Zelda games have always been big, but Breath of the Wild feels especially big, a massive open world with so much to do that I suspect most players — even those who finish the main story — will miss large swaths of the map.

The scale could have been intimidating, but the thrill of discovery and the satisfaction of forging your own path make it inviting instead. I’d like to visit places I’ve yet to visit. I want to learn new skills and discover new secrets. I’d like to see more.

One of the game’s strongest points is how it handles explaining how you’ll do it — or, more often, not explaining it. Breath of the Wild rarely gives you specific instructions on what to do. Instead, it tells (or shows) you what needs to happen and leaves the rest up to you.

One set of quests requires you to find shrines (more on that later) by using only lines from a poem or a riddle as guidance. Another displays a series of images of scenic Hyrule locations prior to the disaster and asks you to locate them as they are now.

3. Tons of New Place and Puzzles to Solve

The map in Breath of the Wild is not only large, but also dense. I was constantly discovering new locations and puzzles, both complex and simple. The shrines, which are glowing caverns scattered throughout the map, are one of my favorite additions to the game.

Each one is like a mini Zelda dungeon in its own right. Early on, these shrines serve as tutorials, revealing important details about Link’s abilities, such as his ability to temporarily stop time or use bombs, but later on, they essentially become puzzle boxes, approaching Portal-levels of cleverness.

The shrines also simplify the Zelda dungeon formula in an almost mobile game-like fashion, resulting in satisfyingly quick puzzles that can usually be completed in under 15 minutes. Even better, unlike traditional Zelda puzzles, those found in Breath of the Wild’s shrines frequently have multiple solutions.

To sum up the Breath of The Wild Review, all of these numerous changes have a significant impact on the Zelda formula. But perhaps the most remarkable aspect of Breath of the Wild is that it still feels like a Zelda adventure — and this is due to more than just the familiar setting and characters, or the stirring rendition of the Zelda theme that plays in the background.

Breath of the Wild may be the most popular Zelda game to date, but it’s also an experience that distills the series’ essence into something more pure. Recent Zelda games have become bogged down with unnecessary hand holding, an overabundance of tutorials, and overly complicated plots.