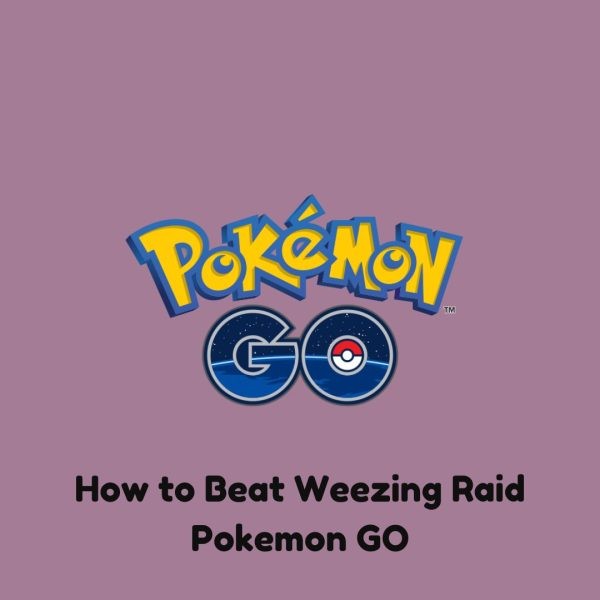 How to Beat Weezing Raid Pokemon GO – Weezing is one the Pokemon that existed in the Pokemon series. The body of weezing is consisted of two spherical and purple-colored heads connected by a thin tube with another sphere in the center. Each heads have different sizes and features. Throughout the series, Weezing is originally formed from poisonous gases pool and two Koffing fuse over many years. On rare ocassion, two Koffing can become a Weezing in a short time span because of a mutation.

Not only in the series, Weezing also appeared in multiple Pokemon games, including the Pokemon GO. As we stated before, weezing is the evolved version of koffing. Weezing is a Poison-type, therefore based on the Pokemon typing Weezing is vulnerable to Ground and Psychic type moves. Weezing’s strongest moveset is Infestation & Sludge Bomb.

As we stated above, Weezing is a Poison type Pokémon, which means that it weak against Ground and Psychic type moves. Here is our recommendation of the 5 strongest Pokémon you can use to beat Weezing in raid battle:

On this table, you can see the moves breakdown to bead Weezing:

Read More: How to Defeat Kyogre in Pokemon GO

You might also want to know what is the move-set for Weezing. Since it has poison type, Weezing moves will mainly be poison-type move. However, you should anticipate in case the Weezing in the raid battle has another move other than poison-type move.

That is all you need to know about How to Beat Weezing Raid Pokemon GO. We already provide you with some tips and trick to defeat Weezing in raid battle. By following our tips, we guarantee you that Weezing can be defeated with no problem at all.