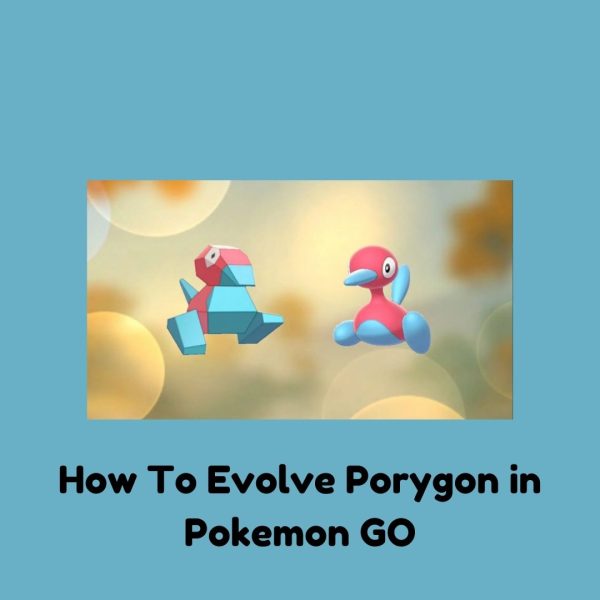 While most Pokemon in Pokemon Go can be evolved by simply collecting a certain amount of Candy and Stardust, some Pokemon require a special Evolution Item before they can reach their final forms. Porygon, Kanto’s fan favorite, is one of these species.

Before it can be evolved into Porygon2, the ‘Virtual Pokemon’ that first appeared in the Johto region, Trainers will need to find a rare Upgrade item.

Even so, we’re here to help you find one with a few tips and tricks, as well as information on How To Evolve Porygon in Pokemon GO once you’ve obtained an Upgrade item

How To Evolve Porygon in Pokemon GO

In Pokemon Go, if you want to evolve Porygon into Porygon2, you must have 50 Porygon Candy and a spare Upgrade item in your inventory.

Once you’ve gathered all of the necessary resources, select your favorite Porygon from your collection (taking into account its stats using the appraisal feature), then press the ‘Evolve’ button and watch the animation.

Read More: How to Get a Metal Coat in Pokemon GO

How to get an Upgrade in Pokemon Go

The most common way to obtain an Upgrade in Pokemon Go is to spin PokeStops and Gyms and claim the rewards, as Evolution Items have a 1% drop rate – though it is not guaranteed to be an Upgrade.

It’s also believed that when you claim your 7th Day Streak Bonus, you have a better chance of receiving an Evolution Item, so make sure you log in and keep spinning those PokeStops every day.

Here are some other methods for obtaining an Upgrade in Pokemon Go:

As previously stated, finding an Upgrade in Pokemon Go is difficult, but because Porygon is the only species that uses this Evolution Item to evolve, you should only ever need to find one.

If you’re having trouble getting enough Candy, use Pinap Berries when catching any Porygon you find in the wild to get twice as much. It’s also a good time to put any extra Rare Candy to use.