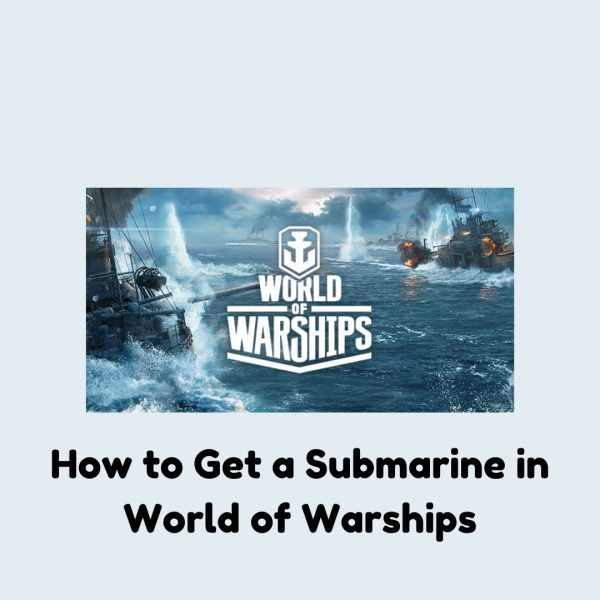 How to Get a Submarine in World of Warships?

Submarines have been available in Ranked and Co-op Battles for nearly two months, and you can rent them for seven days by completing sequential combat missions that are updated every two weeks.

Changes in the Latest Updates

A number of additional changes are in the works, according to the developer. The first of these is the addition of anti-submarine weapons to all Tier V–X cruisers and battleships, with the exception of hybrids and Dutch cruisers, in Update 0.10.9. Adding anti-submarine weapons to a large number of ships can have a significant impact on submarine effectiveness, so the new ship type has undergone a number of balance changes.

They also altered the AI-controlled submarine settings in Co-op and Training Battles. Artificial intelligence-controlled submarines will now be more active in battle. This will help to avoid situations where the battle drags on because players must locate and destroy the last enemy submarine.

Torpedoes’ characteristics were also altered, and submarines now have tube-by-tube torpedo-launching capabilities. Torpedoes will be launched tube by tube, allowing for more dynamic gameplay and greater control over the number of torpedoes launched during an attack. The width of the torpedo launch sector has been increased to encourage submarine captains to use sonar pings for better accuracy.

The Characteristics of Submarines

German submarines’ torpedo tubes are mostly located in their fore ends, which is ideal for attacking from a greater distance. We increased the range of German submarine torpedoes to shift gameplay toward long-range combat.

Read More: How to Download War Thunder on PC

That concludes our guide on How to Get a Submarine in World of Warships. As you can see, despite the fact that submarines have only been available for about two weeks, the developer has already added a slew of new features and updates so that players can enjoy using submarines in World of Warships. If you haven’t tried using a submarine yet, do so; you’ll enjoy using one in the world of warships.