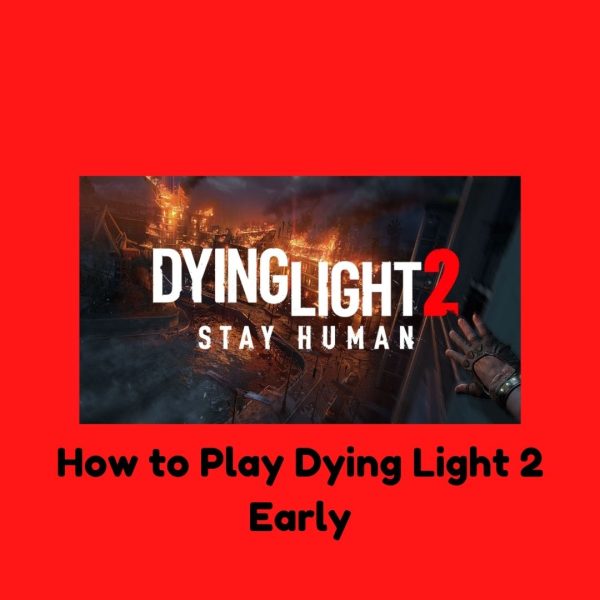 How To Play Dying Light 2 Early – Dying Light 2 will be available in a few days, but some people have gotten early access and are playing right now. The original Techland experience was surprisingly good, but this sequel promises to be much bigger and better.

You will be able to play the entire campaign with your friends, and their worlds may differ significantly from yours depending on the choices you make. It will provide the same adrenaline rush as parkouring and killing zombies, and some people are already high on this thrill.

How To Play Dying Light 2 Early

The only way to play Dying Light 2 early right now is to get a physical copy before February 4th. Techland, the game’s developer and publisher, has confirmed that retail copies are currently available to some players. Up to two hours of gameplay has also leaked on YouTube, but Techland appears to have removed the videos.

There is no pre-order bonus for early access, but if you play on Xbox, you will be able to perform the New Zealand trick on February 3rd. This will allow you to experience the zombie-infested world before the game is officially released in your area.

When Dying Light 2 Is Available

While some people have retail copies right now, Techland has asked them not to succumb to the urge to play before the official release. This is due to the fact that the day one patch will only be available on launch day and will fix issues with how the game is supposed to be played.

Because some people have early access to the game right now, leaked gameplay has surfaced, resulting in premature impressions. The good news is that these first impressions are overwhelmingly positive.

Without going into spoilers, Reddit users believe the story is far more engaging. Most people on the Reddit thread seem to agree that the game looks great, with the protagonist’s breathing being the only nitpick.