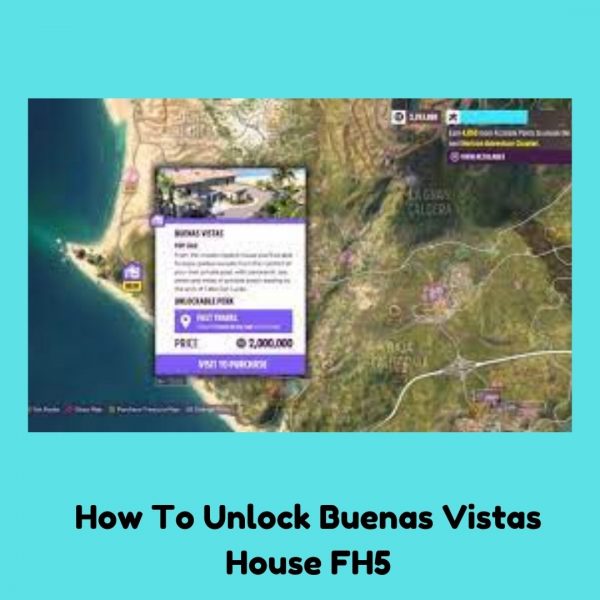 How To Unlock Buenas Vistas House Fh5 – Where can I find all of the houses in Forza Horizon 5? You’ll have to progress through the campaign if you want to own the sandbox racer’s impressive array of villas, estates, and even castles.

Completing certain racers and Horizon Adventure missions will make houses appear on the game’s massive map of Mexico. When these icons appear, drive to them to purchase them for a set number of credits.

To get you started, Forza Horizon 5 gives you a piece of property near the beginning of the campaign. Not only do they serve as Forza Horizon 5 fast travel locations, but certain pads also provide bonuses such as Skill Songs and free Wheelspins.

Since the most expensive of the seven costs a grand total 5,000,000 CR, if you own the Forza VIP DLC, you can get a couple of these map-hopping homes for free. To find out how to unlock buenas vistas house fh5, use the tips provided below.

How do I unlock houses in FH 5?

All houses must be opened, with the exception of the very first (starting) one, which is issued after the prologue.

Most of them require in-game currency to be purchased as well. Houses gradually open as you advance through the campaign’s expeditions. Expeditions are a new type of story quest that serve as a prelude to each new type of adventure.

Also Read : How To Unlock Fast Travel in FH5

Expeditions consist of a series of tasks that must be completed (both required and elective) in order to eventually establish a new outpost at the Horizon Festival. Each outpost is distinct from the previous one and introduces a new breed of racer.

As soon as the expedition is completed, you will be notified of the appearance of one of the game houses. The type of completed expedition determines which of the six new houses will appear. It shouldn’t take more than two to three hours to open all seven.

Players who buy Buenas Vistas gain the ability to instantly travel to any road on the map, allowing them to go pretty much anywhere they want without having to wait.

You’ll still be limited by fast travel costs, which also are reduced (and eventually eliminated) by fast travel Bonus Boards, however those splashing out on Buenas Vistas aren’t concerned about fast travel prices in the first place.

Hotel Castillo, a stunning and expansive mansion with huge grounds and (apparently) always-on-site staff, is the final property in Forza Horizon 5. Its for players with a lot of Credits and a desire to show off their wealth, since Hotel Castillo is also by far the most expensive Player.

House in FH5. With such a cost of 5 million Credits, picking up the keys to Hotel Castillo is not an easy task.

Hotel Castillo doesn’t have the most lucrative perks, which is understandable given its extraordinarily high price tag. But there are still some niceties for those willing to pay.

To begin with, Hotel Castillo gives new owners two free Super Wheelspins, which is a standard perk when purchasing a Player House in Forza Horizon 5.

The main benefit of Hotel Castillo, however, is a daily Wheelspin every time you log into Forza Horizon 5.

which rewards the long-term playtime that was probably required to purchase Hotel Castillo in the first place.

That’s all there is to it when it comes to how to unlock buenas vistas house fh5. The steps are, as can be seen, fairly simple and straightforward.

Simply follow the instructions exactly, and we guarantee you’ll be able to unlock buenas vistas after reading this article. Best wishes for your endeavor.