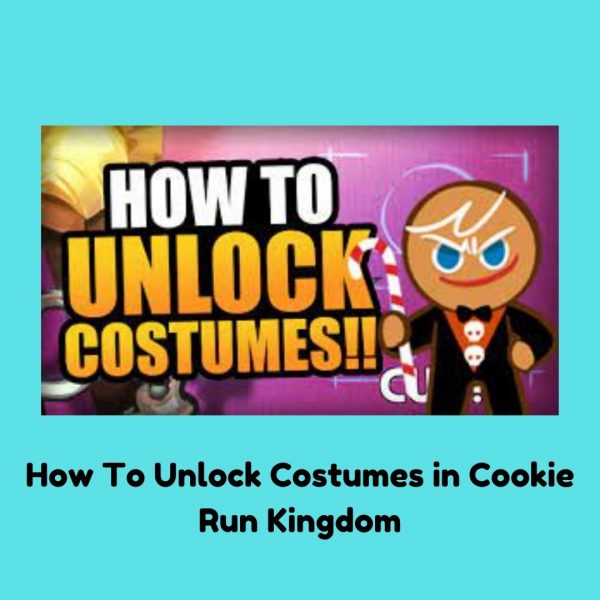 Players in Cookie Run Kingdom are curious about how to unlock costumes in cookie run kingdom. That’s a shame, because this system allows you to buy blind bags and cool cookie costumes.

The process for unlocking the new seasonal gacha game is fairly simple, but if you haven’t been paying close attention, you could end up missing it with all of the visual chaos of the main screen.

In this article, we will tell you how to unlock costumes in cookie run kingdom.

Costumes can be obtained by selecting them from the brand-new costume gacha. There are a total of 47 different costumes, as well as five different costume sets that provide boosters when all of the costumes are obtained.

Pulling from the costume gacha costs 300 Rainbow Cubes per pull, which can be obtained through event prizes, bundle purchases, and the mileage shop. Each costume has a different chance of being drawn, just like the Cookie and Treasure gachas.

Read More: How to get scratches out of glass

You must complete the new boutique quest added in the Halloween update to unlock the new costumes gacha game in Cookie Run Kingdom. Once you’ve downloaded the update, look at the bar on the right side of the screen.

There will be a small icon of a box with wings and an exclamation mark there. Click on it. Then you’ll meet Mont Blanc Cookie, who appears to be a seamstress and wants to open a boutique in the kingdom.

However, in order to access the quest, you must first complete World Exploration Stages 2-13. Nevertheless, once Mont Blanc has finished telling you her story.

You’ll be returned to the main screen, where you’ll see what you need to do to finish her quest.

Read More: How to fix a hole in drywall without a patch

You always can check it again by clicking the same winged box icon. Obtain your rewards after completing Mont Blanc’s quest. Then, in Cookie Run Kingdom, simply click on the gacha icon at the bottom of the screen to unlock the costumes gacha (it looks like a brick oven). Then, select Costumes and simply follow the on-screen instructions.

Once you collect your Mont Blanc rewards, you’ll be introduced to a new currency known as Rainbow Cubes. These are used to purchase spins in the gacha games.

If you get duplicate costumes, you’ll get Rainbow Crystals instead. They function similarly to Mileage Points and can be used to purchase costumes from the Rainbow Crystal Shop.

All I can say is, best of luck from now on. Because the Halloween gacha is a gambling system, keep track of your spending, especially if you’re using your parents’ money.