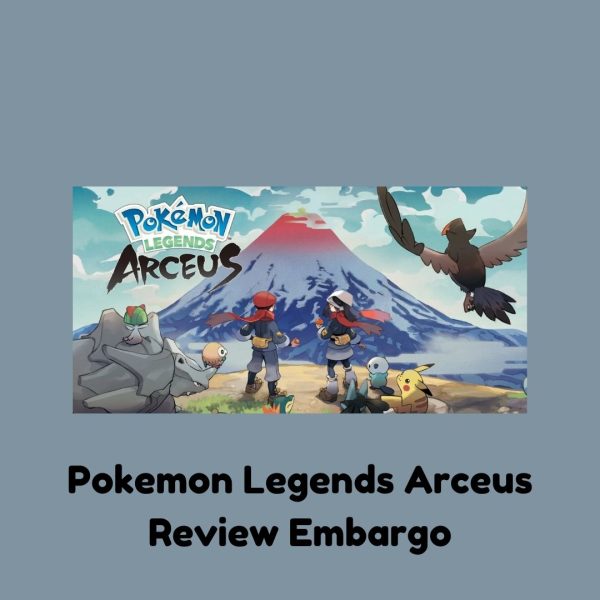 Pokemon Legends Arceus Review Embargo – Pokemon Legends Arceus is Game Freak’s most recent release, and leaks have flooded the internet. Some people have gotten their hands on an early copy, and some of them have also been streaming the game. While there are spoilers circulating, the good news is that a reviewer has shared a detailed account of their initial impressions.

Pokemon Legends Arceus Review Embargo: When Does it End?

This is provided by OpenCritic. It means that final impressions and scores will be available two days before the game’s official release on January 28th.

Many spoilers have appeared online as a result of leaks, but fortunately, we only have a few days until the game is released.

Read More: How to Defeat Kyogre in Pokemon GO

Although no final reviews have been released as of this writing, exciting first impressions have been shared online prior to the end of Nintendo’s embargo.

Laura Kate Dale has spent 40 hours with the game and assures fans that it is a fantastic experience. It’s not perfect, but they’re impressed by the game’s ambition, especially as an obsessive fan who’s devoted 1,000+ hours to the series this generation alone.

Picking up quests and then heading out to large but contained areas to hunt down creatures to complete your Pokedex is the core gameplay loop. Once you’ve completed the tutorial, it’s said that there will be little guidance and that you will be completely free to explore.

Read More: How to Beat Regice in Pokemon GO

According to the reviewer, this is the closest a Pokemon game has ever felt to a living world. This is due to NPCs recognizing other regions and villagers moving into your town. NPCs are also aware of Dex lore, while Pokemon have a plethora of new animations and behave differently.

Although they acknowledge that the game may be divisive, those who wanted something different from the usual formula should be pleased. The pokedex feels like a goal to complete, the game’s scope is vast, you must learn about each creature, and the game is faster than ever thanks to fewer pauses.