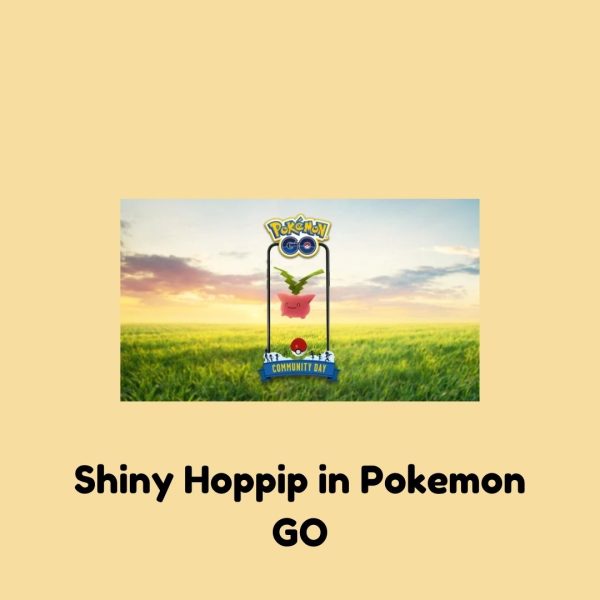 Shiny Hoppip in Pokemon GO – Hoppip is the official Pokemon Go Community Day Pokemon for February 2022. Here’s more information about the event, including when it will begin and what exclusive attacks players will be vying for. Pokemon Go has revealed the details of its February 2022 Community Day, which will include Hoppip.

These Community Days are just one of the many ways Niantic has tried to keep the game fresh and engaging for players by allowing them to catch Pokemon that aren’t normally seen in larger batches. With Spheal as January’s limited-time Pokemon, Hoppip takes its place in February, and this Community Day is the best time to catch a Shiny.

In this article, we will tell you how to get Shiny Hoppip in Pokemon GO. Read the instruction below.

With rumors of a variety of Pokemon being considered for February’s Community Day, fans now know Shiny Hoppip in Pokemon GO will be the official choice. This means more chances for a shiny, an exclusive move, and other benefits.

During that time, Hopip will appear much more frequently. Additionally, trainers that are able to evolve Skiploom during the event or up to two hours afterward will get a Jumpluff that knows Acrobatic as its Charged Attack. The Community Day’s Special Research Story is called “A Hop, Skip, and Jump Away,” which will be available for $1.00 USD. Tickets for this will go on sale at a later date, so stay tuned.

During February’s Community Day, Pokemon Go players will be hoping for some Shiny Hoppip! The following event bonuses and shop bundles will be available to players who participate in the event on the 12th.

One-time-purchase for 1,280 PokéCoins, you can get a Community Day Box with 50 Ultra Balls, two Super Incubators, six Star Pieces, and an Elite Fast TM. A free bundle of 30 Ultra Balls will be available in the shop.

That’s all the information about Shiny Hoppip in Pokemon GO. If you’re a Hoppip fan, make sure you’re prepared for the upcoming Community Day. In the meantime, keep an eye on our newest article.