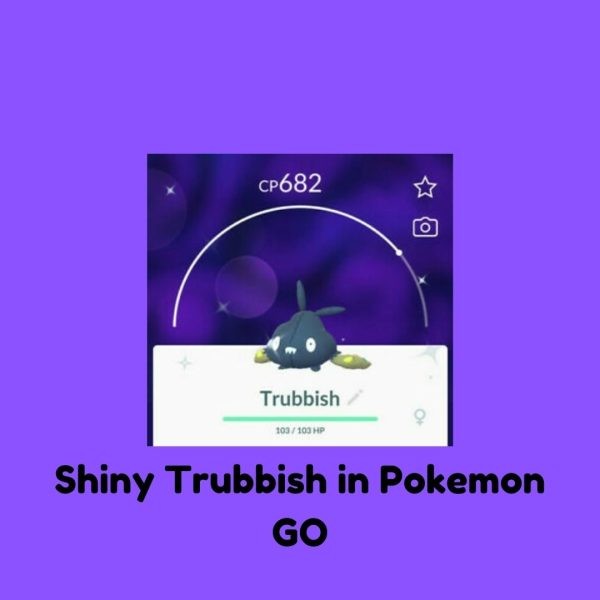 Shiny Trubbish in Pokemon GO – Trubbish is a Poison-type Pokemon with the following stats in Pokemon GO: attack of 96, defense of 122, stamina of 137, and max CP of 1131. It was first introduced in Generation 5 of the Unova region.

This Pokemon is vulnerable to Ground and Psychic-type moves, but it benefits from cloudy weather. Pound and Gunk Shot are Trubbish’s best moves (6.76 DPS). Continue reading to learn how to catch and locate Pokemon Go Shiny trubbish.

How to Catch and Find Shiny Trubbish in Pokemon GO?

Players will be able to encounter Trubbish in the wild much more frequently than they normally do thanks to the latest sustainable timed event in Pokemon Go. This increases your chances of coming across a shiny one.

Because of Trubbish’s increased spawn rate, you should be able to open Pokemon Go and find a shiny Trubbish without having to walk around too much. If you can’t find one after a few minutes, try using a Lure Module or some Incense. It can also appear in one-star raid battles, so you should be able to find a large Trubbish to fight near you. When you defeat a Trubbish in a Raid, you may find that it is a shiny one when you try to capture it.

Trubbish and its evolved form, Garbodor, are both Poison-type Pokemon. As a result, they are vulnerable to Psychic and Ground attacks. It would also be extremely beneficial to have these two types of Pokemon in your squad.

In the most recent Pokemon Go update, it was announced that the two-handed Pokemon known as Binacle will make its debut in Pokemon Go, and that many other Pokemon such as Grimer, Drilbur, Trubbish, Ferroseed, and others will begin spawning more frequently than usual in the wild.